Welcome to the ACHA

It all started when ten-year-old Ben Johnson wanted a horse because he “watched a lot of cowboy movies.” Therefore, Mark Johnson, Ben’s dad, bought him a $750 horse which they named Flash from a classified ad. Mark later purchased a mare “that just happened to be a cutting horse” so he could ride with his son. From those humble beginnings with horses, Mark and Ben Johnson recently became father and son American Cutting Horse Association (ACHA) World Champions for 2022, Mark in the $50,000 Non Pro class and Ben in the Open.
Father and son won their dual World Championships on a single remarkable horse named Catchyalater, owned by Mark. The 2009 gelding by High Brow Cat and out of Rey Down Sally by Dual Rey managed to carry both riders to the top in entirely different ways. The durable gelding swept the Open for Ben Johnson with many points to spare. However, the $50,000 Non Pro race went right down to the last show, the American Championships.
Mark had gotten a taste for gold in 2020 when he was the Reserve World Champion, but then he stepped away from cutting in 2021 to spend some time “boating.” He came back in 2022 more motivated to cut. Even though winning it had been Mark’s goal all year, the World Championship in the $50,000 Non Pro was not determined until the final weekend. For that last pivotal show of the year, Ben suggested that his dad just “make good cuts and go show your horse.” Ben’s final bit of advice was to “go throw down.”
Mark was competing against Paul Myers to be the $50,000 Non Pro champion, and Myers had already proven to be a fierce competitor by winning the Non Pro for the year. It was the close competition that made that final show exciting and satisfying for Mark. Mark has nothing but good things to say about his competitor Paul Myers. “Paul is a fine young man and a gentleman,” says Johnson.
The unifying element for the Johnson championships is Catchyalater. As the trainer, Ben had the task of having the gelding honed for the Open yet solid enough for his dad to show in the $50,000 Non Pro later in the day. According to Ben, the horse’s main attribute is his “try” on a consistent basis. In fact, Ben says “try” is the most important trait a cutting horse can have.
Ben believes that one factor at keeping Catchyalater mentally and physically sound enough to show twice a day has been turning him out as much as possible. Ben says the gelding plays like a colt whenever he gets the chance. Ben and Mark add that Robyn Killion and loper Bridget Arnold plus the barn help at home have also been major factors in keeping the team successful.
For Ben, success began at a young age. He showed for quite a few years in the National Cutting Horse Association (NCHA) Youth, accumulating 413 youth points, and he started showing in the ACHA in 1994 in the Youth and $500 Novice Rider classes. He eventually moved on to training and showing in open and aged events. Currently Ben has accumulated over $460,000 in combined NCHA and ACHA lifetime earnings.
As a trainer Ben credits much of what he knows to working with cutting trainer Austin Shepherd for several years. Among the things Ben learned from Shepherd are patience and that a horse must be comfortable to be successful. Ben tries to get a horse “dialed in but comfortable.” He lets each horse be an individual, and he adjusts to the horse rather than trying to make a horse fit him.
As for Catchyalater, the Johnsons plan to show him in the ACHA next year but “probably not twice a day.” According to Mark, "That horse likes to have a good time,” and his owner wants to keep him sound. Mark plans to keep his son mounted with a variety of horses because Mark says his “favorite thing to do is to watch Ben show.” The focus is mutual, as Ben says cutting is “what he does.” He especially likes that cutting allows a horse to “run fast and stop hard.”
Although Mark expects Ben may show in some of the larger NCHA aged events in 2023, their weekend focus will be in the ACHA. Mark likes “the whole aura” of the ACHA. “It is more personal, more laid back.” He says he has lots of friends in the ACHA and adds that many people in the ACHA have been very helpful, especially to Ben.  As far as Ben is concerned, he also plans to stick around with ACHA. From his viewpoint, the ACHA is fun because “the people are happy.”
These two World Champions support the ACHA wholeheartedly. Mark advocates that ACHA members talk about the positives, not the negatives. He believes the  association just needs to keep doing things right and its members just need to “keep having fun and keep cutting.”

Congratulations to the 2022 World Champions 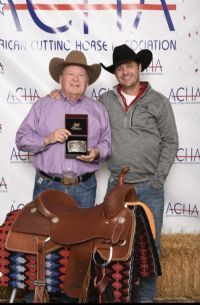 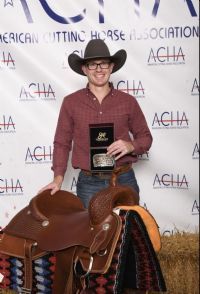 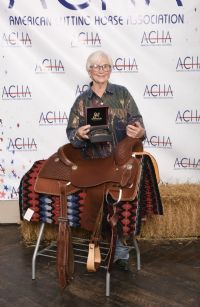 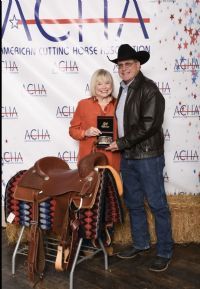 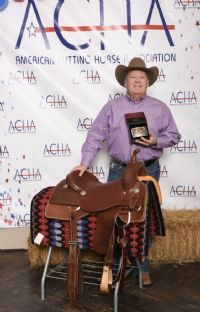 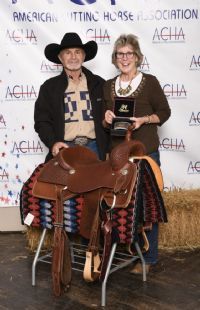 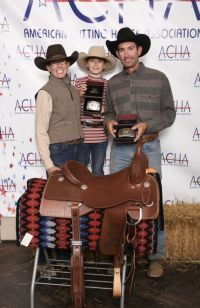 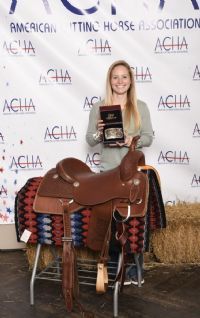 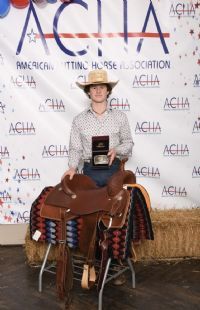 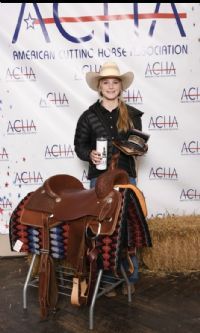 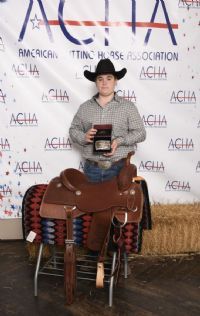 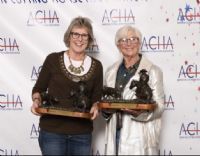 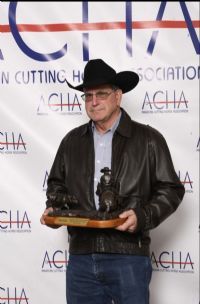 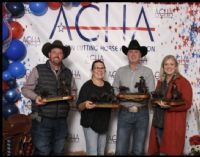 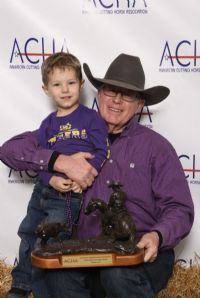 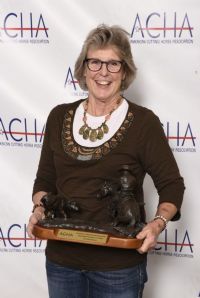 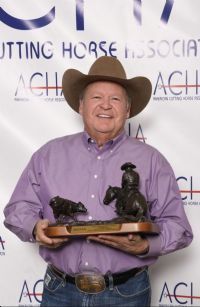 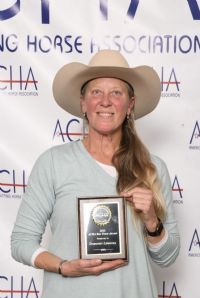 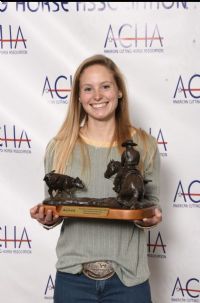 Rookie of the Year
Stephanie McGilvray 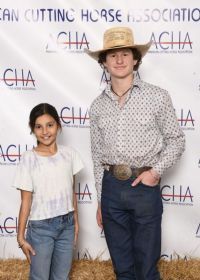 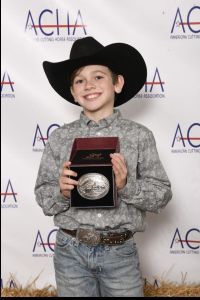 CONGRATULATIONS TO THE 2022 TOP TEN!

In continuance of the American West, and the ranching lifestyle, the American Cutting Horse Association strives to promote cutting horses as a competition sport. The goal of the ACHA is to promote the breeding, training and sport of these great horses in a competitive setting.

By the establishment of rules of conduct for cutting horse contests and the keeping of complete and accurate records of these contests, the ACHA seeks to promote and regulate the showing of cutting horses.

There is a place in the ACHA for contestants and their horses at any level and any goal. ACHA membership consists of people of diverse backgrounds and talents and encourages individuals, families and companies to become involved in the sport of cutting